Many of the buildings that have served the congregations in this community and some of its original clergymen have had a colorful history. One building was a saloon. Another building served as the city's opera house. Three of these buildings still do exist. The first clergymen in this small town were not actively involved in the establishment of any congregation. On May 1, 1852, the steamboat Dr. Franklin arrived bringing among others the Rev. William Sweet. On May 4, 1852 a number of settlers disembarked from the steamer Nominee. Included in this group was the Rev. Edward Ely, who had come from La Crosse. The first sermon delivered to the settlers of the Rollingstone Colony was by the Rev. Mr. Reynolds, a missionary of the Congregational church. He kept regular services and preached through out the summer in Minnesota City. 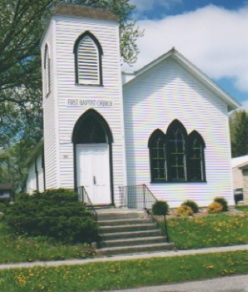 First Baptist Church was the first congregation established in the city and in Winona County. The first service was held on July 11, 1852 and was conducted by the Rev. T.R. Cressey. The current structure was built in 1875. The congregation discontinued regular services in Minnesota City and now worships in Winona. Occasionally services are still held in the church. Annual Church Service The Baptist Ladies group will host the Annual Church Service on Sunday, August 27th at 2 pm. The guest minister will be Rev. Hudson from the First Baptist Church in Winona. Refreshments will be served by the group after the service. It is open to the public.

The Annual Caroling Party is scheduled for Saturday, December 11, 2021, 5:30 p.m. It is a new tradition that the Baptist Ladies and Minnesota City Historical Association started from an older tradition of the community of Minnesota City. There will be the lighting of the Christmas tree, a horse drawn wagon, favorite old carols, lighting of gas lamps, carrying in of the yule log, hot beverages and cookies. 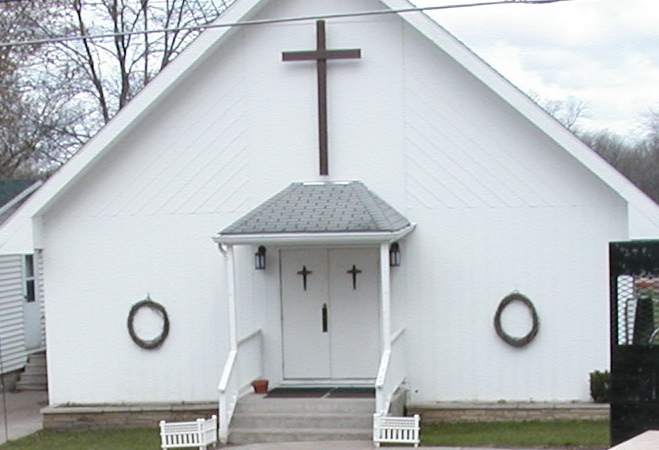 First Lutheran was officially incorporated in 1890 even though the congregation had already been meeting in the city in the 1870's with the Rev. Philipp von Rohr of Winona conducting the services. The first house of worship was a converted saloon which was moved to the site in the summer of 1890. The building was used until the members built their current house of worship next to it in 1965. The older structure was removed and is now a private residence located on State Highway 248. In 2015 First Lutheran observed its 125th Anniversary as a congregation and the 50th Anniversary of its current house of worship. The congregation is a member of the Wisconsin Evangelical Lutheran Synod.

The parish started as a mission of Holy Trinity Catholic Parish of Rollingstone in 1925. Until 1957 the parishoners met in a framed building that had previously been the City Opera House and over the years had served as a dance hall, a store, and a creamery. That building is located at 153 Mill Street. The present sanctuary was constructed in 1957 and 1958. The older building still exists and is currently a private residence.

Little is known about this group since the records are scarce. The group was established in March of 1872 and is still referred to in 1904. The group disbanded some time after that date. There are only a few pictures in which the church building can be seen and at that only in the distance. It later became the Woodman's Hall. The building no longer exists. If anyone has information on or pictures of this Church, we would ask that you would contact the Minnesota City Historical Association.